Adventures in Stick Shift Driving: Honey, I broke the car. 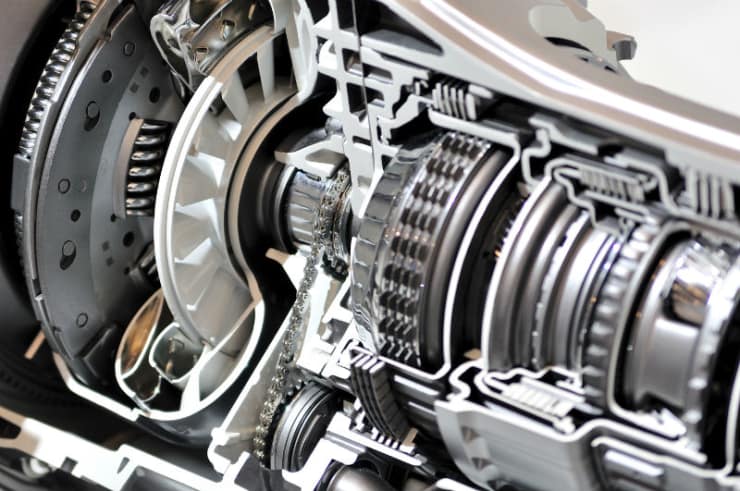 I posted this follow up to Medium 10 days ago as a follow-up to a story that I published both here and there in August:

I was doing so well. I was driving a short distance, mostly, but knew it was time to go run errands and do stuff.

So I agreed to take a trip to Costco on my own, with a stop along the way.

First mistake: I turned into what I thought was a ground level parking lot and discovered the steep ramp up to the upper level. I avoid hills. I fear hills. I don’t have much experience with hills. Did I mention that I avoid hills?

First thought: “I’ll reverse… oh shit, there’s someone behind me.” So, I ran for it, so to speak. I accelerated in 2nd gear. OMFG. Up I went, made a circle, back down. The smell: Metal.

Next to Costco. I made two mistakes on the way: 1. I thought I was getting into the left turn lane as the GPS had instructed. It turns out that the painted lines weren’t for the street I needed to turn on. 2. Again left turning, I thought I could make a yellow. I couldn’t. I stopped too far into the crossing area. I apologized to a bunch of high school kids.

I have this habit of letting each mistake eat away at me, and that stress accumulates. I have to be mindful of this. I have to practice non-attachment (or practice practicing it). I practice forgiving myself and letting it go so that I can keep literally moving forward.

By the time I got to Costco, I was tired. By the time I left, I was exhausted. Just spent. I felt defeated. All I wanted to do was get home and sleep.

Exhaustion after lots of focus. Exhaustion after learning something new, studying, reading dense material. Exhaustion after concentrating hard on driving well — both the stick shift stuff and the regular attention. As I said in my last Adventures in Stick Shift story, published nearly two months ago, I think that stick shift makes sense for people with ADHD because it does force focus. It does create a situation where you can’t go into autopilot mode, especially at the beginning. (My partner claims that it’s second nature to him now, that he doesn’t have to work at it, but he’s been driving stick for decades.)

So, on the way back I might have missed an advanced green light to make a left turn (I spaced out for a moment and was only aware of the honk from behind and a long traffic light). I did okay but the rush hour made the traffic stop and go, and it was a bit overwhelming. There were times when I was stuck at the same red light for a couple of cycles.

Around 3 km (1.86 miles) from my final destination, it got harder to shift. I began smelling metal. Then, I began to lose control of the car. I panicked, “Oh shit, what do I do? The car is breaking. Oh my god, I think I broke the car.” With my window open and waving a cyclist by, I called, “I think my car is broken!” She indicated that I was safe to go ahead.

I had to pull over under a bridge, during rush hour. Then, it an attempt to find a safer place to park, I managed to pull up in front of a school just up ahead, slightly on the sidewalk (I attempted to make a righthand turn into their driveway). I was 2 km (1.24 miles) from my final destination. I turned on my hazard lights. I called my partner.

I told him where I was. He dropped everything — much to his inconvenience — and came without complaint, blame or shame. That’s love. We called CAA (the Canadian arm of AAA). We waited. Some drivers who were turning into the driver honked at us with impatience. Some yelled, “You can’t park there!” or “You can’t block the driveway!” each time we called back, “The car is broken!” One female passenger responded by calling out, “Oh, sorry!”

40 minutes after the call to CAA, the car was towed to our usual mechanic nearby. (There could have been more inconvenient places for me — I mean, the car — to break down.)

My immediate reaction to this situation was a combination of fear and panic, and guilt and some shame.

I’d pulled my partner away from work. I’d made the car unusable.

My inner tormentors had fun taunting me from their little circle of judgment:

“See? You’re a bad driver,” whispered the Automatic Negative Thoughts, aka my inner gremlins. -Shut the fuck up.

My ego raged, “It’s all [boyfriend’s] fault. If he hadn’t nudged you to drive, and wore you down until you took lessons, and if he hadn’t asked you to run this errand, you wouldn’t have broken the car.” -Please, ego. Driving is part of being an adult. Sometimes we need to get over our fears. Fuck you, ego. I mean, I love you. Thank you for looking out for me, but I don’t need you right now.*

The Guilt Demon** said, “You offered to run this one errand because that’s what adults do, then you pulled him away from his work and now he has to get up extra early tomorrow to catch up.”

[Observe, I keep saying “I broke the car.” I know I should be saying, “The car broke, while I drove it.” — it might have broken regardless of who was driving.

Also, observe I twice mention being an adult. “Adulting”, and my resistance to it, is a common theme in my life.]

While waiting for the tow truck, I posted a plea to Facebook (“friends” filtered) asking for support, acknowledging that I know that these feelings will pass but “right now” I need supportive words and encouragement. I said that I currently felt like I never wanted to drive again but acknowledged that I probably would. I expressed gratitude that I’m okay, the dog is okay, everyone is safe, and that the car is just a thing that can be fixed.

I got some great encouragement. A friend from University who I occasionally speak to (he used to be one of my closest friends) left a few comments that reminded me that he’s good at talking me down most of the time when I reach out with that need. So often my attitude is positive and I remain optimistic but sometimes I need to reach out for comfort, and I’m not afraid to ask. I do make sure that I post positive things and gratitude as well.

The diagnosis, from what I remember:

Broken clutch, shattered flywheel and (something) with gears. The flywheel would have happened after the clutch, which means that it would have shattered when I was trying to get me (and my dog) to safety. Initially, the mechanic thought that he could send the flywheel for resurfacing but then determined that it needs replacing.

Of course, I’ll drive again. We knew that I’d accelerate the wear and tear on the car, no pun intended. This is why I learned on an old car instead of waiting to get a new one.

This situation taught me that I still need some supervised driving practice.

I’ll get out on the road again. More practice with shorter drives. Letting go of the need to try to concentrate and focus, and allow it to be effortless.

As a P.S. a couple of weeks after I originally posted this story: After getting the car back from the mechanic and driving it around for half a day, my partner acknowledged that he could tell the difference in how it was driving now and had been before and acknowledged that he now realizes that the clutch had been going for a while.

*[Boyfriend] has been nothing but supportive, by the way. It’s my own inner bullshit. Nudging is sometimes necessary.

**Not necessarily my final term for it. I’ve been using “Gremlin” for years, but Guilt doesn’t really have a character name yet.