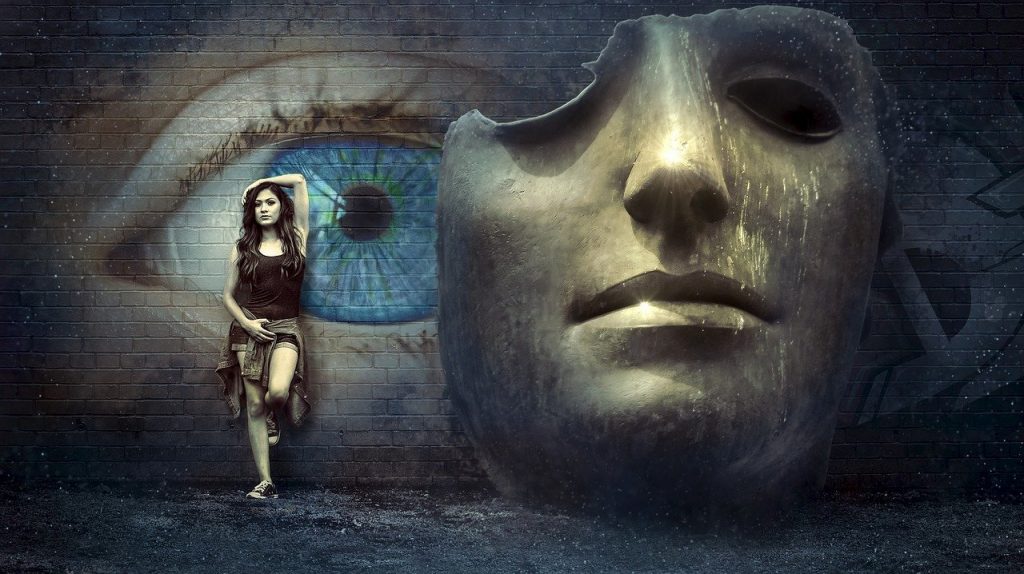 I recently had an “a-ha” moment.

As an ADHD coach and someone with ADHD, I’m continuously learning about ADHD. I’m aware that ADHD and Autism Spectrum Disorder (ASD) share symptoms.

I recently heard an example that stopped me in my tracks, literally. I was listening to a podcast while out for a run. It wasn’t a podcast about ADHD or ASD.

Pete Holmes had Hannah Gadsby on his podcast, You Made It Weird. One comedian interviewing another.

In speaking about the differences between ASD in boys and girls and her own experiences, Gadsby – diagnosed only four years ago –  used the word “masking”. Here’s how Gadsby defined it:

Girls on the spectrum observe the behavior of others around and mimic.

Hearing this was the big A-HA moment for me.

I did some further research that included the Journal of Autism and Developmental Disorders, among other sources.

It turns out that girls with ASD will try to go along and imitate what they see to seem “normal” and fit in. It’s a coping mechanism that falls under a concept called “camouflaging”.

Self-explanatory, yet an epiphany

Sometimes epiphanies are so powerful because they make so much sense and seem so obvious.

You know what camouflage is. You know what a mask is. You can imagine their meanings in the context of neurodiverse human behaviour.

Masking and other types of camouflaging can result in not being diagnosed with ASD until later in life (if at all) because masking allows girls to “pass” as neurotypical.

Everyone camouflages at times, donning masks to get through the day. When we’re sad, we smile; we can feign enthusiasm and act confident when we’re scared.

Women, in particular, use those masks to hide.

Methods such as masking or camouflaging to conceal our true nature indicate why many females aren’t diagnosed with ADHD until their 20s or older when the demands of work and family life catch up.

For many women, the possibility that they might have ADHD doesn’t occur to them until their child is diagnosed.

I spent much of my life “masking” without knowing it. How about you?

Part of my ADHD origin story, my bio, shares that I naturally adapted my behaviour to what others were doing. I didn’t think I was acting “normal,” so I learned “normal” behaviours by observing others.

I thought I was assimilating. Teenagers assimilate to belong.

Doing what we need to

Girls with ADHD use masking – and other camouflaging techniques – to hide the fear of being different (weirdos), to avoid being bullied, and to hide feelings of shame. Masking is an unconscious act. There are only so many traits we can hide.

As adults, these tools are useful. Camouflaging gets us through job interviews and into jobs. It gets us through our days. We need to make phone calls to make appointments, so we do. (It took me years before I could make my own calls, and I still prefer to book online than actually speak to someone.)

The truth is that sometimes we need to show up when we don’t want to. That’s life. You’ve got to do the work even if you’re not feeling it.

Useful or not, we cope the way we can, in intuitive ways.

How we do it

Our daydreaming can be reframed as “deep in thought.” We force eye contact that feels uncomfortable (which is “compensating”, not “masking”, but it’s a camouflaging strategy).

Our fidgeting isn’t inconspicuous. My bouncing certainly wasn’t. I still bounce, only now, I sometimes turn my bouncing/jumping into a solo dance party.

It’s comforting to know that “masking” and “camouflaging” are actual concepts.

Masking isn’t the only thing I learned from that podcast episode. If you’re interested in listening to Hannah Gadsby on You Made It Weird, look for it where you get your podcasts. The episode was released on November 25, so it will be near the top of the episode list.

Is ADHD coaching is for you?