Your Body Has Two Brains

Your body has two brains

Yep. I just said that. Did you know that the gut is often referred to as the “second brain”?

The ENS consists of sheaths of neurons embedded in the walls of the long tube of our gut.

Emotions and the gut

About 90 percent of the fibers in the primary visceral nerve, the vagus nerve, carry information from the gut to the brain. This has huge implications.

For one thing, people tend to associate neurotransmitters with the brain. When people talk about mental health issues such as depression, they often speak of neurotransmitters. For example, we talk about selective serotonin reuptake inhibitors (SSRI medication) such as Paxil, Lexapro, Prozac, and Zoloft to treat depression.

95% of the body’s serotonin is produced by the gut nerve cells, and every class of neurotransmitters found in the brain is also found in the gut.

Given the physical connection between the gut and the brain, it might not surprise you that our emotions are influenced by the nerves in our gut. Think “butterflies in your stomach” or that kind of anxiety, fear, or excitement (bad or good) that makes you want to vomit even if you might not be nauseated. Panic attacks. Stress diarrhea. The feeling you get when you first fall in love or when you have a crush. Antiici…..pation.

When we’re thinking about depression and other mental wellness issues, we need to look at what I call our Intake. 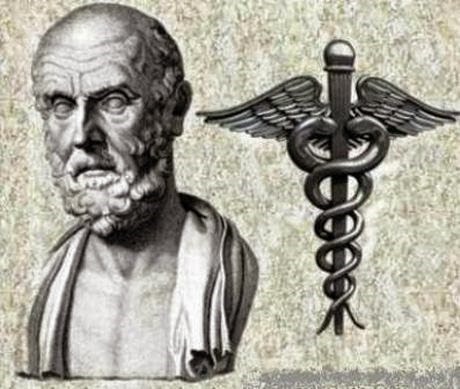 Hippocrates, often referred to as “The Father of Medicine” and the author of the Hippocratic Oath that all medical practitioners take is famous for saying “All disease starts in the gut.” He also said, “Let food be thy medicine.”

Those two Hippocrates quotations alone are very telling. Disease starts in the gut, and food as medicine. What we put in our mouths can help us or harm us.

Some researchers say that up to 90 percent of all diseases can be traced in some way back to the gut and health of the microbiome (others say closer to 80%).

An aside: Bill and Ted might have invited Hippocrates back to their classroom if their project was in health class! They’d have called him “Hippo-crates,” like “So-crates” below:

There are two types of peptides (little proteins), specifically opioid peptides, that affect the morphine or opium receptors in the brain: Casomorphins, from the digestion of milk protein casein, and gluteomorphins derived from gliadin, one of the primary proteins found in gluten grains.

These peptides are absorbed from the gut and find their way to the brain, causing mood and behavioral problems. Gluteomorphins could also lead to the malabsorption of vitamins and minerals.

There are two ways that peptides cause problems in the brain:

(After I learned that, I wanted to have my peptide levels tested. It’s a urine test.)

The microbiome is a complex internal ecosystem of microorganisms (bacteria, fungi and other) located within our bodies. In adults, microorganisms make up about 1 to 3 percent of the body’s mass. That’s 1.5-4.5 pounds of bacteria in a 150-pound adult or 2-6 pounds in a 200-pound adult. (Source: National Institute of Health)

The vast majority of the bacterial species that make up our microbiome live in our digestive system/gut/ENS. Adults have over 100 TRILLION microorganisms living in their gut. 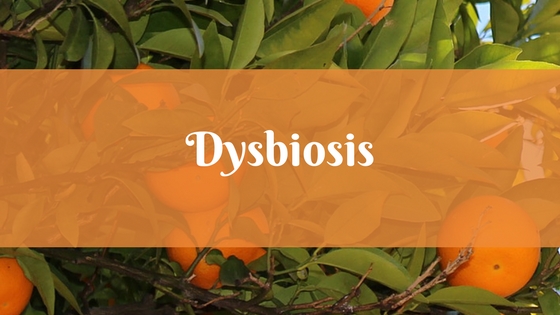 A loss of microbial diversity is called “dysbiosis” – which translates to “life in distress.” As it’s understood, dysbiosis is the loss of beneficial microbes and pathogenic (bad) ones encroach. Of course, we want more good bugs than bad. When bacteria are out of balance, so are we.

In The Ultramind Solution, Dr. Mark Hyman wrote that when antibiotics are used to treat harmful bacteria, depression often lifts.

The gut microbiome and the immune system

I’m often telling my partner to lay off the jujubes because they (the sugar) suppress the immune system. You know what? He’s getting over a cold that made him feel dreadful. One day he suspected that he had the flu. Another day he proclaimed pneumonia. He subsequently had a temperature of 101°F. After about 4 days of uncomfortable sickness, he was on the mend. He gave me that cold and it barely registers. Sure, I’ve had a couple of excruciating headaches, including one that woke me up in the middle of the night with its stabbing, searing pain, and I’m coughing up a bit of mucus, but it’s nothing compared to his experience.

Until 2 days ago I’d gone without sugar, yeast or grains for a couple of weeks. I gave up beer and ate light proteins (more on that to follow in another post). I’ve been calling it my reset diet. Then there was birthday cake. My birthday cake. I chose to allow myself a slice or two of birthday cake.

Some allergic reactions happen in the brain. It’s like a runny nose but in the brain. Therefore, food allergies can cause mental symptoms, such as brain fog, anxiety or depression.

Microbial diversity in poop samples in babies can indicate allergies later on.

I’ve tried to keep this concise and straightforward with little jargon. I have some related posts planned that might add more relatable context to it. This piece of writing and those related ones that haven’t been written yet have been rolling around in my head for almost two weeks. When I started to draft this one a few days ago, I had too many ideas to untangle. It wasn’t until I started typing this one that I got into the flow and it practically wrote itself. A lesson here: Sometimes procrastination is useful.