Mental Health & the Power of ‘NO’ In the Workplace. 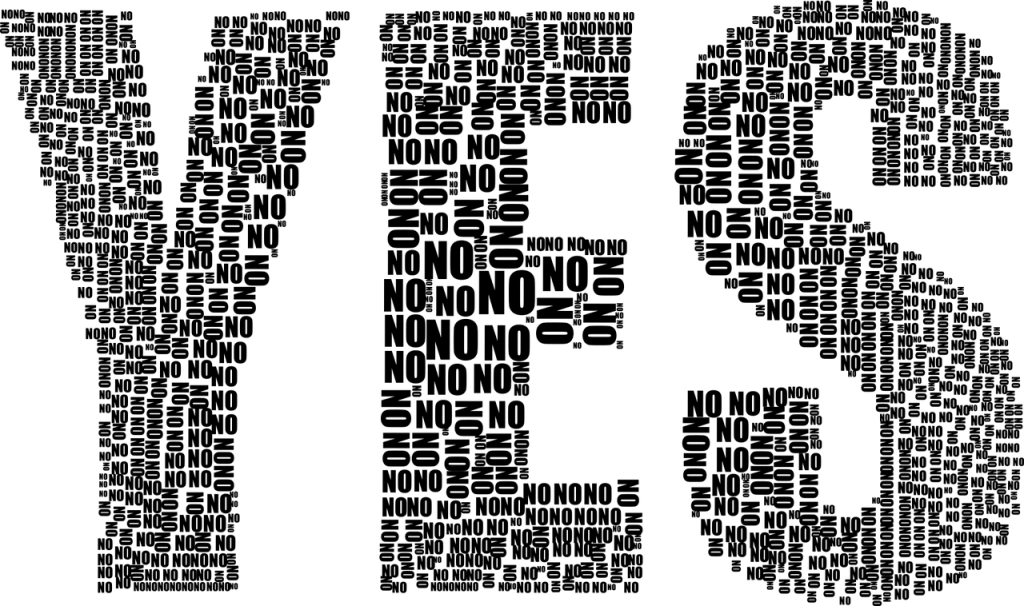 Image by Gordon Johnson from Pixabay

When I was younger, I never said “No” at work. As I got older, I discovered that “no” is a powerful, and necessary word. Boundaries need to be set. Sometimes, declining a task to focus on what’s more important (e.g. mental health, but it could also be other work) can result in getting more respect. It leads to better productivity for many reasons. It’s win-win.

In an attempt to communicate a positive work ethic and ease to work with, I used to sometimes state in my resume cover letters that the phrase “it’s not my job” is not in my vocabulary. I thought it sounded good.

On my resume under “personal traits/skills” it now states:

Strong Work Ethic:
“No” is only in my vocabulary when it needs to be. (And knowing when it’s appropriate to say “No” is a skill itself.)

When we say no, we demonstrate the “ability to prioritize” requested in job postings. We show that we’re not pushovers, that we have boundaries and that we deserve respect. Saying no is an indication of respecting ourselves and the work.

When we say “no” we get more done, in and out of the workplace.

I experienced the need to say no in a past corporate job. A colleague on another team switched jobs within the company. She offered to help her previous boss until he found a replacement. My colleague was learning and performing her new role but was still expected to perform part of her previous role. She’d become my friend, and I’m a helpful person in general, so for a while, I helped.

Together, the two of us executed some of the tasks from her previous role, even though that responsibility belonged to neither of us. I didn’t nudge. I accepted our situation for what it was.

When my boss questioned me during our weekly meetings about why the associated work wasn’t complete, I told him the situation, repeatedly. I tried to avoid saying, “It’s not my job.”

Eventually, I got the nerve to do so. I insisted,

It’s not my job. It’s not hers either. [Her former boss] needs hire a replacement.

I don’t mind helping people, but a person shouldn’t have to accept responsibilities that don’t belong to them when those tasks compete with other priorities. Furthermore, my friend/colleague’s former boss was responsible for hiring a replacement. None of that was on me.

>We need to advocate for ourselves, but as that job reminded me, it is SO hard to advocate for yourself when you don’t have the energy, and you feel beaten down. A few times, I had glimmers of standing up to my boss, but mostly, I only asserted myself in my head — those things that I wanted to say.

Those of us with ADHD tend to be people-pleasers and have trouble speaking up.

We can advocate for ourselves.

We can say no.